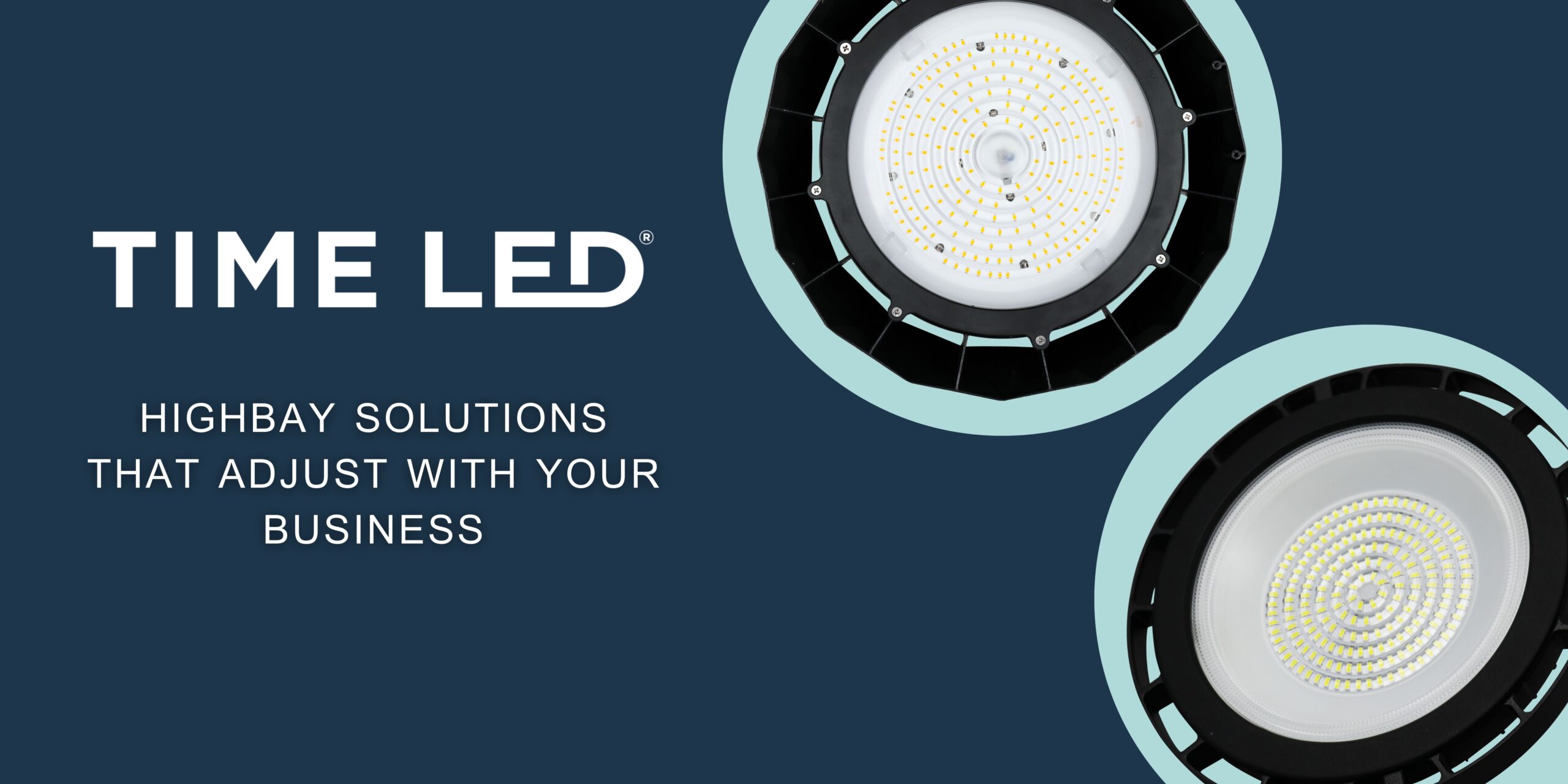 Highbay solutions that adjust with your business from TIME LED

For many warehouse owners and stockists, the need to be more efficient with space is becoming pressing, particularly as the current boom in online commerce is set to continue. But how can commercial consumers future proof their warehouse lighting solutions, as their racking configurations are adapted and expanded?

Previously open spaces or wide-aisle set ups will have been lit with wide beam angles, to diffuse the light across the largest possible area, and thus reduce the number of light sources required. However, once additional racking is installed, and the aisles become much narrower, the beam angle of the lighting will need to be adjusted too, so that the light produced is now aimed straight down into each working area.

Historically, this kind of transformation would usually require new highbay units, and a replacement effort. But no longer. The Elements Premium Multi Beam Angle Highbays from TIME LED feature a patented beam angle adjustment technology, operated by rotation. This allows the consumer to swap easily between 70, 85, 105 degree beam angles over time, with a single product. “Our supplier holds the patent for this adjusting technology,” affirms Levent Aci, Pitacs co-founder and director, “and we hold an exclusive agreement with them for the UK market.”

It’s a unique offering in the space. At best, other ‘adjustable’ beam angle products require the highbay unit to be removed and disassembled, in order for the lens to be swapped out. In contrast, the TIME LED solution allows for the beam angle to be adjusted in situ, without even removing the unit from its installed position.

For the installer, it also protects you from unexpected rework, as Aci explains: “If the customer specifies a 70 degree beam angle, and then after installation, they realise they actually needed more like 90 degrees, there’s no need to replace and rework, you can just adjust the beam angle by rotating the front of the unit.”

These premium highbays have another unique feature; on the reverse-side, a winged heat sink design channels heat away from the light source. The integrated Sosen driver is also suspended securely away from the main unit, allowing a fully clear space for air circulation to drive away heat.

“LED technology must be kept below 65°C, in order to preserve the performance and useable lifetime,” explains Aci. “In our in-house testing, these highbays were measuring at less than 45°C after 48 hours constant illumination.”

The Elements Premium Highbays are also fitted with 2 metres of HO5RNF heat-resistant rubber cable. “This provides a greater flexibility of installation,” adds Linger, “allowing the customer to suspend the lights from the ceiling or to have an otherwise remote power source, without the need for extra cabling.”

For the electrical wholesaler and distributor operation, it’s also good news, as one product now covers three highbay variants, which can be bought and sold in larger bulk.

As with the full TIME LED Collection, next day delivery options are available. TIME LED is the Electrical Division of Pitacs Ltd, and is a member of the LIA.